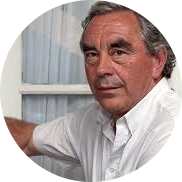 is a Professor and Chair of the Biological Systems Engineering Graduate Program at the Department of Biological and Agricultural Engineering, University of California, Davis.

Upadhyaya received his PhD in Agricultural Engineering from Cornell University and came to UC Davis as an Assistant Professor in 1983. He spearheaded advances in research connecting a broad range of physical processes to their interactions with in-field soil, water, plant, and machine systems.

The methods involved in his body of research have formed the basis for his active program of graduate and undergraduate teaching. His program includes course creation in biological systems modeling and analysis, precision agriculture and GIS/GPS.

He has about 300 publications and holds seven patents. He was the editor-in-chief of the three-volume, 30-author, ASABE (American Society of Agricultural and Biological Engineers) monograph series on Advances in Soil Dynamics. He has received numerous awards, honors, and recognitions during his 37+ years of professional career. He has also made several invited presentations in Brazil, China, Denmark, England, India, Israel, Japan, Saudi Arabia and United States in the area of Soil Dynamics and Precision Agriculture. He was inducted as the Fellow of ASABE in 2011 and received the prestigious John Deere Gold Medal for his contributions to the area of conservation of soil and water resources in 2013.